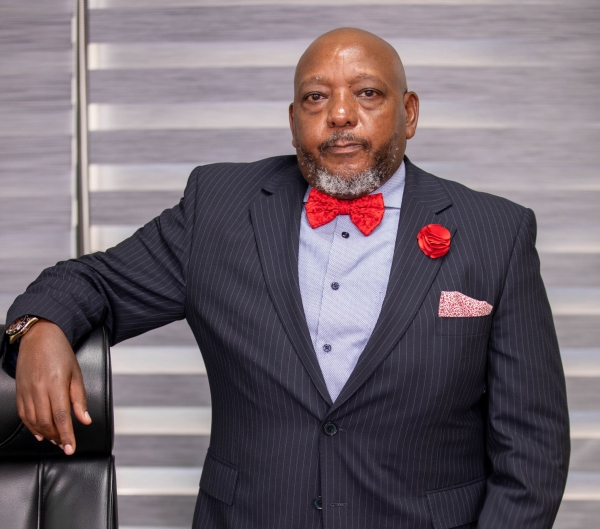 Mr. Nkoregamba Mwebesa is the Chief Executive Officer of CDSC.

He joined the CDSC in February 2020.
He has more than 25 years’ experience as a strategic and purpose-driven corporate leader in the Financial Services Sector in the East Africa Region. His expertise spans Banking, Wealth and Investment Management, Investment Banking, Capital Markets and Securities Trading. Nkoregamba holds an Executive MBA (2007) from the Maastricht/ESAMI programme and a BA in Economics and Philosophy from the University of Nairobi (1990). Prior to joining CDSC, Nkoregamba served as Managing Director of Stanlib Kenya Limited (STANLIB), a wholly owned subsidiary of Liberty Holdings where he led the strategic turnaround of the business in preparation for a landmark M&A transaction.
Preceding his tenure at STANLIB, Nkoregamba served as the Chief Executive of SBG Securities Limited (SBGS), a member of the Nairobi, Uganda and Rwandan Securities Exchanges and a wholly owned subsidiary of the Stanbic Holdings Plc. During his term, SBGS routinely ranked as the top broker on the three regional Exchanges. He was also a key member of numerous landmark transactions in the Regional Capital Markets. These included the Stanlib Fahari I-Reit Initial Public Offer on the Nairobi Securities Exchange (2015), the Tanzania Breweries Limited’s Secondary Public Offer on the Dar es Salaam Securities Exchange (2011), the Kenya Airways Rights Issue on the Nairobi, Uganda and Dar-es- Salaam Exchanges (2011/2012) and the UMEME Initial Public Offer on the Uganda Securities Exchange (2012-2013).
Nkoregamba also served as the Chief Executive Officer of the Nairobi Securities Exchange from 2005 to 2008 and was instrumental in the implementation of the Automated Trading System (ATS) that contributed to the largest trading expansion in the history of the bourse. He also oversaw 12 new equity listings and numerous debt listings during this period. This included the high profile listings of KENGEN and SAFARICOM.

Nkoregamba is an Executive Director in the CDSC Board.